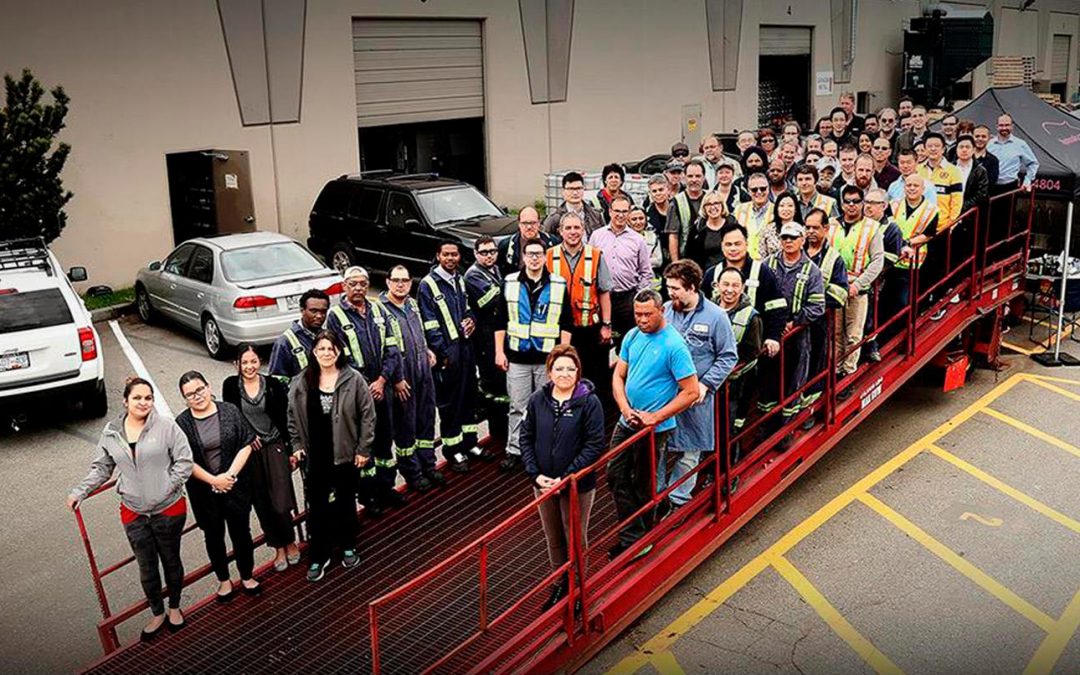 On May 1st, we celebrated our company’s president, John Mitchell’s thirty-year anniversary working at Canada Metal. Interestingly enough, it coincided with International Labour Day. As the quote goes, “Genius begins great works, labour alone finishes them.” CMP’s success today is all thanks to John’s labour of love.

John is a visionary and a risk taker. He has led the company through multiple organizational changes. Since taking on the role as president in 1999 and co-owner of CMP, John has led CMP from a regional business to a global one.

He is a dynamic and charismatic leader, giving CMP strong direction over the years. In many ways, John’s work ethic resembles that of another manufacturing giant, Henry Ford. Here are a few notable Henry Ford quotes that apply to John:

“You can’t build a reputation on what you are going to do.” John has built his reputation on his past accomplishments, not what he hopes to achieve one day.

“I do not believe a man can ever leave his business. He ought to think of it by day and dream of it by night.” We have all witnessed, at some point or another, how John works around the clock. He lives and breathes his work.

“Enthusiasm is the yeast that makes your hopes shine to the stars.” John’s enthusiasm is contagious and is the driving force behind CMP’s continual growth.

“Vision without execution is just hallucination.” John certainly has, without a doubt, executed his vision.

We are grateful for John’s leadership and commitment to our livelihood over the past 30 years.

This website uses cookies to improve your experience while you navigate through the website. Out of these cookies, the cookies that are categorized as necessary are stored on your browser as they are essential for the working of basic functionalities of the website. We also use third-party cookies that help us analyze and understand how you use this website. These cookies will be stored in your browser only with your consent. You also have the option to opt-out of these cookies. But opting out of some of these cookies may have an effect on your browsing experience.
Necessary Always Enabled
Necessary cookies are absolutely essential for the website to function properly. This category only includes cookies that ensures basic functionalities and security features of the website. These cookies do not store any personal information.
Non-necessary
Any cookies that may not be particularly necessary for the website to function and is used specifically to collect user personal data via analytics, ads, other embedded contents are termed as non-necessary cookies. It is mandatory to procure user consent prior to running these cookies on your website.
SAVE & ACCEPT
WordPress Lightbox

Have a question? Leave us a message.